So, a lot of fans were anticipating Beyoncè’s new album, but sadly she did not release it. However, it has been rumoured that Beyoncè’s new video will feature the parents of Trayvon Martin, Tamir Rice & Mike Brown. It is alleged that the parents will be holding the photos of their deceased sons. If this is true, there is no doubt that this next video will be a powerful one, even more so than her ‘Formation’ video! (Beyoncè – Formation video below)

Of course Beyoncè’s ‘Formation’ video made headlines and caused an array of controversy. The queen of pop than angered the American public by performing a #BlackLivesMatter themed performance with influences from the likes of Michael Jackson & The Black Panthers. Now, for those who don’t know The Black Panthers were a revolutionary black nationalist and socialist organization active in the United States founded in 1966.

Formation is a groundbreaking moment in the stars’ career & just a little taste of what is to come. You just have listen to the lyrics of the song to realise her “stop killing us” type of message she is sending out to the world. The #BlackLivesMatter movement has partially been a focus during the [US presendtial elections]. Her Formation video reflects these problems (police brutality, Hurricane Katrina and black financial power). She made her message clear by including scenes of a flooded town where she straddles a sinking police car, a line of riot police officers with their hands raised to a young black dancer and images of graffiti exclaiming “Stop Killing Us”.

This video shows that Beyoncè wants the world to know that she identifies herself as a descendant of Africans and that she is proud of her peoples “Jackson 5 nostrils”, “baby hair and afros”. It also features black heritage, capitalism, family values, black beauty and racial pride. Beyoncè is not the only artist to address the matter of police brutality and racism. Rihanna, who was rewarded as one the most influential people in the world by Times Magazine also targeted this type of matter in her song and video entitled ‘American Oxygen’. Singing lyrics including “I said, I can’t see, just close your eyes and breath”, while showing scenes of the American flag, migration, homelessness and poverty and protests where people are holding up signs stating the prominent slogan “I can’t breathe”. Ending the video on positive notes where children of different races play together in harmony, it is clear that she envisions equality and a just world. (Rihanna – American Oxygen video below)

Both Beyoncè & Rihanna and many others are openly supporting the movement #BlackLivesMatter, trying to create awareness and stir a movement saying that things needs to change. Both their videos celebrate black heritage and suggests how society needs to change to complete the goal for equality.

So, does the slogan “Black Lives Matter” mean that only black lives matter and people of other colour and skin does not? Of course not. When it comes to life, black lives are deprived of basic human rights and dignity. The issue is that in this society that has worked so hard for equality between races, black lives still do not matter to a lot of people.

The list of police brutality against black people is forever growing. Starting off with one of the biggest incidents, Trayvon Martin, a 17 year old who was fatally shot by George Zimmerman, a neighborhood watch volunteer, in Sanford, Florida. Following Martin’s death, rallies, marches and protests were held across the nation. Thus the beginning of #BlackLivesMatter. Sadly, more & more deaths followed across America & the rest of the world. Tamir Rice, Sandra Bland, Walter Scott, Jonathan Ferrell, Samuel DuBose, Freddie Gray and Eric Garner. This is only a few names who have had their lives taken. Eric Garner and how he died trying to breathe wile being oppressed & silenced will always stay in my mind. This was when I realised that black lives did truly not matter.

Incidents where racism is used and made out like it is okay happens all the time. People who like to class themselves as “not racist” make comments and judgements about black people thinking that it is acceptable & I find myself confused as to how this is happening. Some even defend themselves after making a racist comment by classing their comment as “accidental racism”. Now, there is no such thing as being accidentally racist, when you decide to make a racial comment that is offensive, you are being a racist. 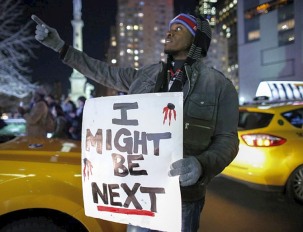 After meeting and having a conversation with a lady who seemed to be very lovely and polite, I suddenly found myself to be offended by certain comments. Surprisingly, the lady was trying to pay me a “compliment”. After conversing for a while she had stated that I “spoke very white for a black person from East London”. I was so confused as to what she had meant, I had to ask what she was implying. She then said that because I was well spoken, rather than speaking in slang and that I sounded quite posh that had meant that I sounded “white” and not black. Now you see the problem here, right? Since when was being able to speak the queens good English just a “white” thing? Being well spoken and being able to speak in complete sentences is not determined by the colour of your skin or ethnic background. Education, upbringing and social surroundings are all factors that contribute in the way we think, act & speak. I was most shocked at how this lady did not see anything wrong with what she had said and claimed “accidental racism”.

Ignorance of people contributes the effects of racism just as much as outright discrimination does. Situations where a black person is asked whether they can get a tan from the sun or not, whether black people were able to get rashes and bruises or not just because of the darkness of our skin is representative of this. Obviously, they found it quite hilarious when the question was answered yes. One even furthered to ask how it’s possible that black people can get tans when all it would do is make us darker. Now, let me ask a little question. When white people tan, what does it do? what is the purpose of tanning? To make you darker. Yes, darker. So why is it that it is seen as a pleasurable thing when white people tan but not when black people do it? This type of ignorance disrupts and destroys goals for equality.

What I’m trying to say is that we as a society should not let the corrupt silence us. Do not let your freedom and life become unimportant to the people who believe that they are superior to us. Be proud of your skin tone, your natural hair & big lips because no matter how we look and appear to other people, we are a intelligent and cultured people. We are kings and queens. Never forget that!