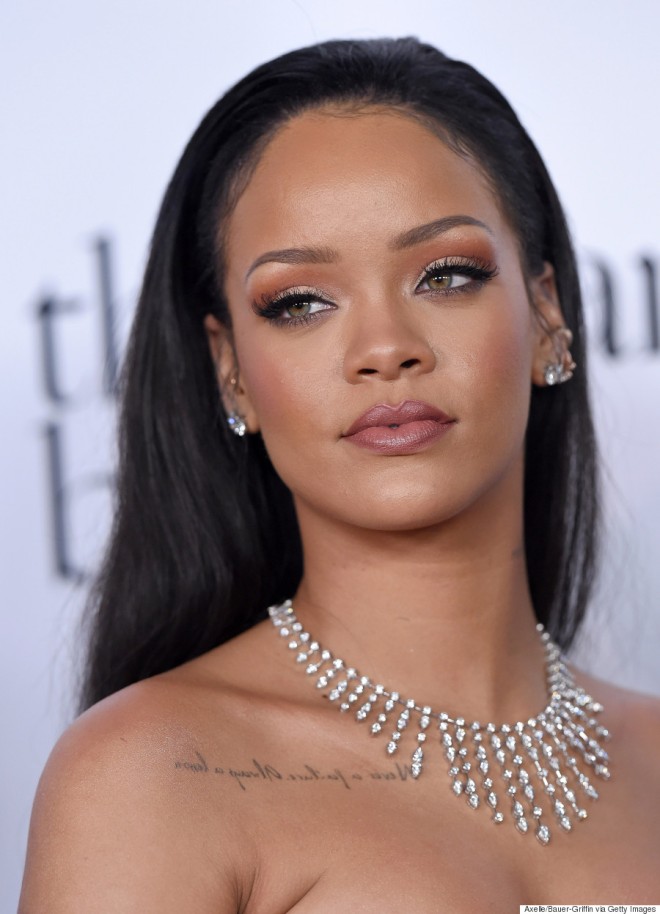 The Met Gala; Fashions answer to the Super Bowl. The 2016 ball is upon us with its theme being “Manus x Machina: Fashion in an Age of Technology”. It will be interesting to see how everyone will interpret this title and what they will wear. While we have about a month to wait, there is a new documentary film out titled “The First Monday in May”. Out now, it features last years best dressed star… Rihanna! 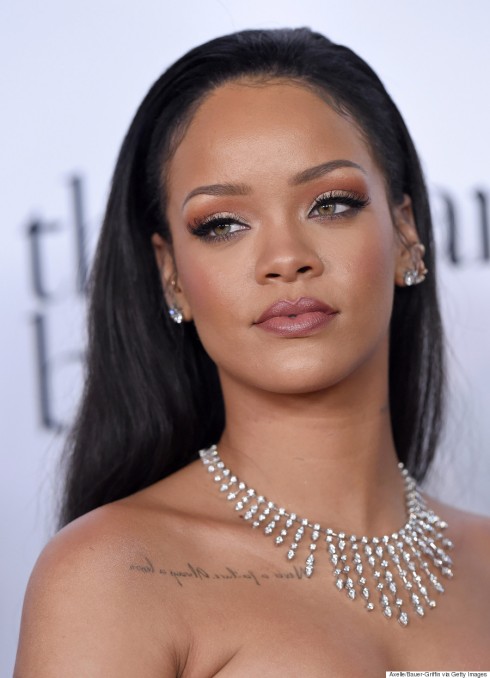 Rihanna is one of the biggest female pop acts to debut into the new millennium, dominating the charts since 2005. That hasn’t stopped her from branching out and also dominating the fashion industry. The 2014 CDFA Fashion Icon recipient has re-branded her image as each album era starts, while making some of the most bold and diverse red carpet looks ever. Some of my favourite moments include the nude Adam Selman gown she wore when she was the CDFA Fashion Icon recipient in 2014 and when she attended to the 2015 Grammy Awards in a huge pink Giambattista Valli Haute Couture dress. 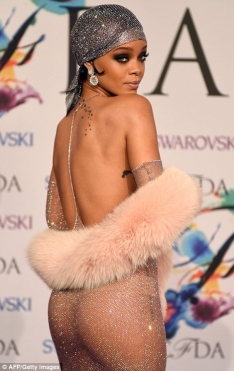 However, my all time favourite red carpet will forever be when she made her arrival to The 2015 Met Gala. Being one of the last stars to arrive, in André Leon Talley words “she was queen of the night”. Sticking to the “China: Through the Looking Glass” theme (as opposed to pretty much everyone else; hint Kim… hint Bey) she wore a Gou Pei handmade imperial yellow, fur-trimmed cape with the most insane train. 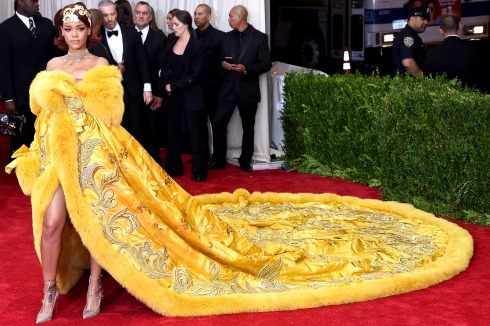 Although she is no stranger to the cover of Vogue (she has over 10 alone), the fashion icon coveted her 2nd consecutive special edition cover of Vogue’s Met Gala issue. Her first cover was in 2014 alongside Beyoncé as she wowed in a white Stella McCartney dress. 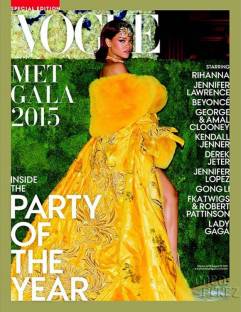 While it is doubtful she will grace the carpet at this years Met Gala next month due to her being on tour, she is heavily featured in the documentary film “The First Monday in May”. The film will give you a closer look into what it was like to plan the biggest and arguably the most important night in fashion and I for one can not wait to see it!

While we may not get to see her at the 2016 Met Gala, she has been showcasing plenty new tour outfits while supporting her new album “Anti”, and it will just have to do for now. There are 4 outfits in total and long-time stylist Mel Ottenberg has worked his magic with Rihanna for the third tour running. Good friend Adam Selman, Armarni Prive, Malono Blahnik, Giuseppe Zanotti, Y/Project, and L.A. Roxx have all designed the perfect looks for this tour. 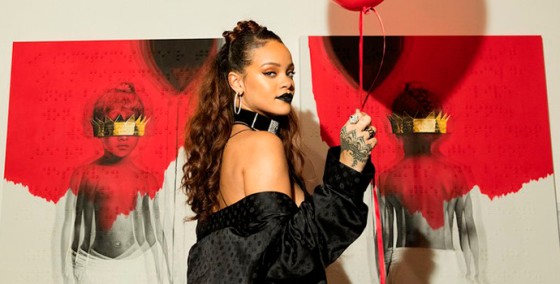 Rihanna opens the show with an Adam Selman created t-shirt bodysuit and thigh high Giuseppe boots strapped around her waist. She firstly covered this outfit in a Craig Green canvas coat that is long in the front and short in the back. This outfit is a clean, blank canvas fitting to the way she started the show; no smoke, no load entrance, just simply emerging from the audience onto a stage at the back of the show. 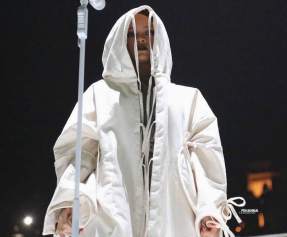 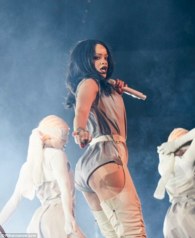 The second outfit change comprises of another Adam Selman creation. This time a full laced up bodysuit with Malono Blanik boots. 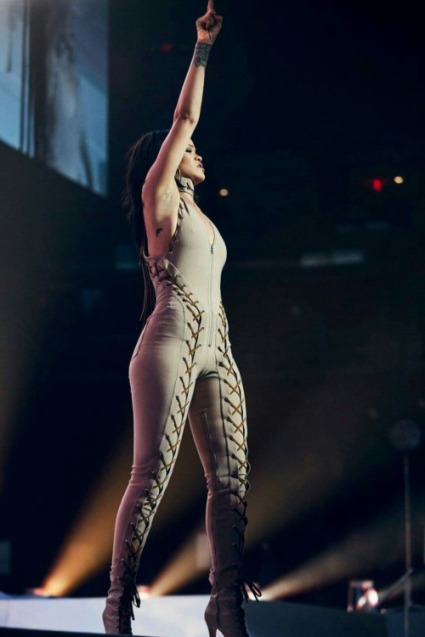 The tone changes for the third look with a fringed, beaded jumpsuit designed by Amarni. The dramatic and gothic look is a stark contrast to the two previous outfits. This appears to be a reflection of her Anti album as it reflects the mood and tone of the album. It is unsurprising as her soon-to-be released Autumn/Winter debut collection for Puma has also reflected this darker, gothic tone. 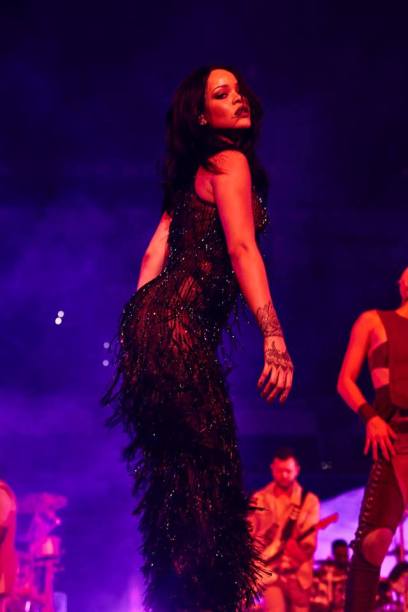 As most pop girls are usually seen in scantly clad embellished leotards, Rihanna has gone completely anti with this. She closes the show in an over-sized brown suit by Y/Project accompanied by  L.A Roxx leather bodysuit. 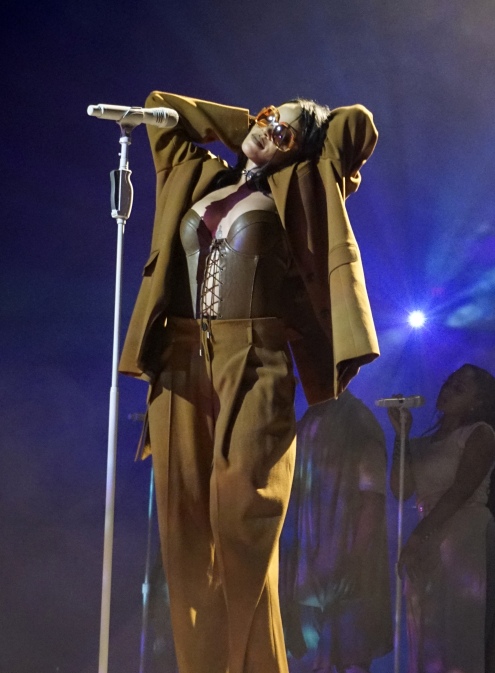 I think the outfits look great and I can not wait to experience these outfits in person ourselves come June! If her tour outfits haven’t done it for you then just take another look at the best dressed star’s outfit at last years Met Gala. 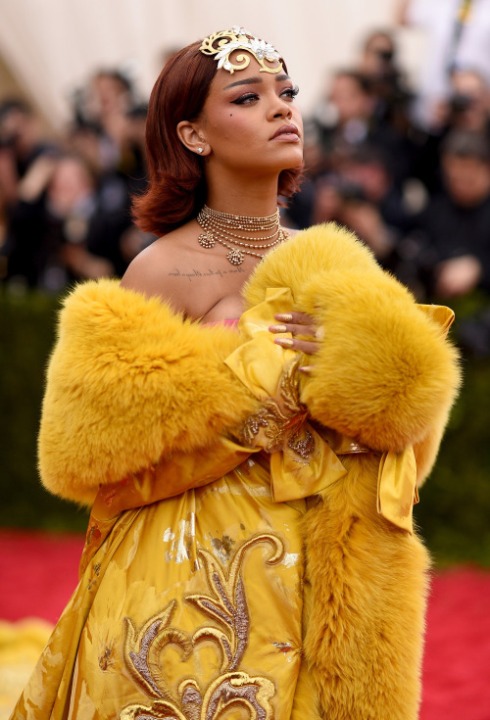